Our school I.I.S.S.”Carlo Maria Carafa” is very big and it includes three locations: two in Mazzarino and one in Riesi, which is a small town about fifteen minutes’ drive from Mazzarino. The headquarters are in Mazzarino.
Mazzarino is in the heart of Sicily on a hilly green area, less than 40 Km from the southern coast of Sicily. It is a very ancient town, its origins can be traced back to the 13th century. There are several beautiful old churches, buildings and ancient palaces, which are highly appreciated by tourists, as well as the ruins of a medieval castle.
Lifestyle is very quiet, safe and even a bit boring for young people; there are some pubs and restaurants, a theatre, but no cinemas or discos. However, there are some gyms and two sports centres with some tennis courts, one swimming pool and some football pitches where children, teenagers and young adults usually spend their free time.
The school headquarters in Mazzarino is a three-storey modern building; there are 33 classrooms,1 big gym, 3 IT labs, 2 language labs, 1 Science lab, 1 Physics lab and a modern library. The classrooms are large, comfortable and sunny most of the time and each of them has got a white interactive board.
The school year starts in September and finishes in June; there is a fortnight holiday at Christmas and a 5-day-holiday at Easter. Lessons start at 08.00 and end at 13.00 or 14.00.
The school includes eight types of courses located in the two different towns.
In Mazzarino there are:
1) Liceo Classico where Latin and Greek are the most important subjects;
2) Liceo Linguistico where the students also learn three foreign languages: English, French and Spanish;
3) Liceo delle Scienze Umane in which students are mainly concerned with Social Studies;
4) Tecnico Commerciale (Administration – Finance - Marketing)
5) Tecnico Geometri (Topography and Constructions)
6) Istituto Agrario which is a vocational course where students are trained in the fields of agriculture and farming.
In Riesi there are:
7) Liceo Scientifico, where Maths, Physics and Science are some of the most important subjects;
8) Istituto Alberghiero which is a vocational course where students are trained for catering and hotel services.
Common subjects for all courses are: Italian, History, Mathematics and English.
Our pupils are from the age of 14 to 19 and the total number of pupils is more than 1,300. Students are from Mazzarino, Riesi and Butera, all towns in the neighbourhood.
The atmosphere in the school is friendly and welcoming, there are no acts of vandalism or bullying. Our strength is to involve students in most of the decisions concerning them.
Since 2010 our school has arranged a historical parade to celebrate Prince Carlo Maria Carafa, the nobleman that ruled in Mazzarino in the XVII century, from whom the school takes its name. He was very concerned with the spreading of education and culture, he founded 2 printing presses, he himself wrote some books and designed the square of a near town. 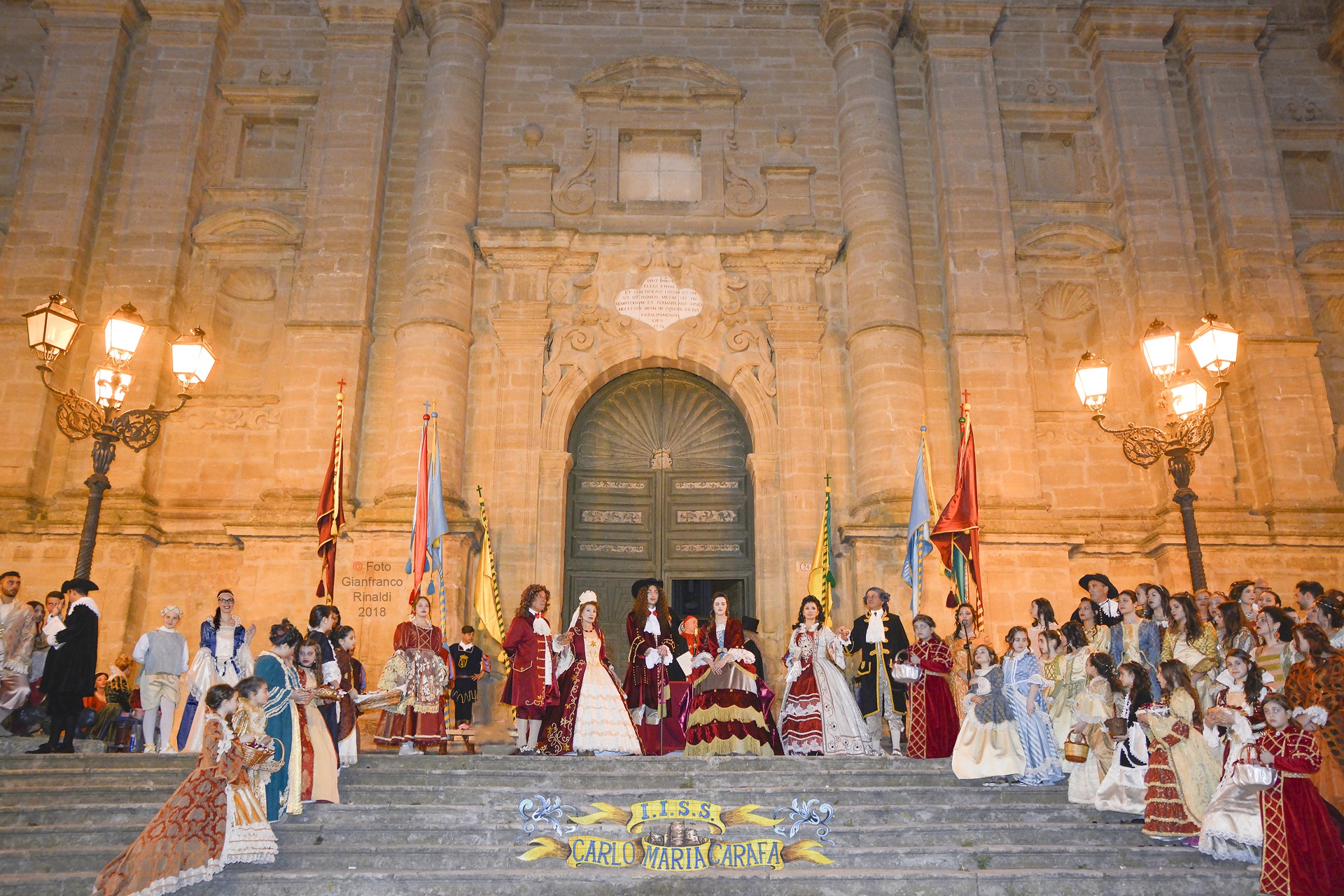